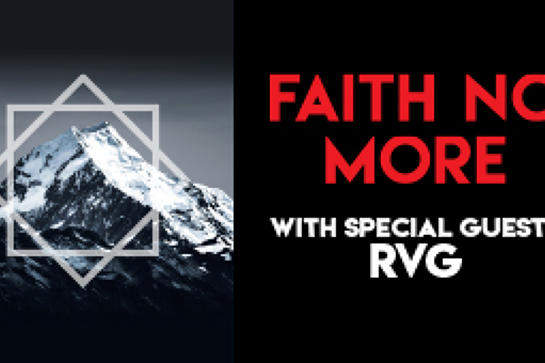 One of music’s most influential and commanding bands, Californian five-piece Faith No More, will tour Australia in May 2020, marking their first international gig worldwide since 2015.

Faith No More’s pioneering, genre-defining career saw the band morph from cult underground heroes to boundary-pushing global chart-toppers, mixing metal to alt-rock to hip-hop to punk and much, much more. Also performing at all shows is Melbourne band RVG, who’ll return in 2020 with the follow-up to the band’s critically acclaimed 2017 debut, A Quality of Mercy.

Lending their support following Australia’s recent bushfire crisis, Faith No More will be donating $1 (plus GST) from each ticket sold across the AU/NZ dates to wildlife rescue and state fire services in affected states.