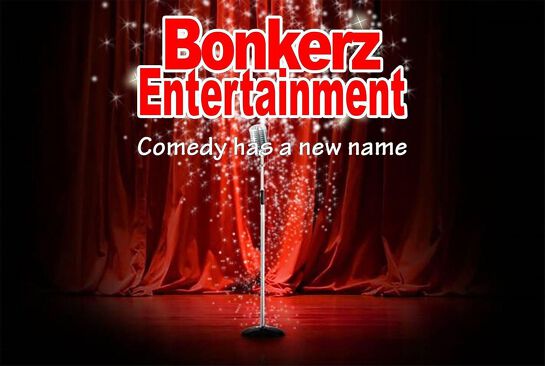 Due to recent Government requirements, we have been forced to close for the time being. If you have purchased any tickets to any of our comedy shows, magic shows or seats in our comedy schools, please hold on to your tickets and receipts, they can be used as credit towards any future shows or comedy school for up to 1 year. Once again, we are sorry for any inconvenience this may have cause but it’s out of our control. Thanks for supporting the arts and we wish you and your family happiness and health.

BonkerZ Featured Artist Comedy Clubs. Celebrating over 13 years of supplying the country with some of the worlds funniest people and the re-opening of George Street, Allseats, All year are Buy 1 get 1 free. ( Including The Sydney Comedy and Fringe Festivals) NOTE * does not apply to single seats.

Join a new weekly batch of Pros, Semi-pros and Rising Comics, for 75 mins of non-stop laughs. That's right, All Seats are buy 1 seat, get 1 free- Select 1 seat for 2 people and 2 seats for 4 people etc etc. * (Door prices slightly higher-excludes Magic, special events and Speed dating shows).All advance regular seats are only $30 Bucks for 2 people. What's that? You want to be placed in the Non-Pick on Section plus discount city parking at Centro Cinema Parking on Kent St? Just add another $5 Bucks.

WOW, 2 people for only $30 Comedy Show in the heart of the city! We mentioned this to Ripley's Believe it or not, and even they didn't believe it :-),See some of the hottest or soon to be hottest, Pros, Semi-Pros and Rising Stars, from around the world. BonkerZ Comedy Club is located just 1 min from Townhall station and only minutes from your CBD Hotel! BonkerZ Comedy Club donates to the Fred Hollows Foundation as well as the Rural Fire Service NSW. So far, with your help, we've donated over $3000. It's our 10th year of donating the world's greatest causes. Thanks Australia for your supportAlso join us every Thursday and Friday for a new line up of Australia's funniest comedians. 1 show only per day. Doors open at 7pm, Show starts 8pm sharp. Oh yeah, lookout for our "House of Magic" Family & Adult Magic and Illusion shows on every School Holiday and Beyond. Buy tickets for that show, on this website. NOTE:Door prices for all shows slightly higher$10 Dollar Comedy Clubs & BonkerZ VIP Seats are located in our non-pick on section and include - Discounted City Parking @ Centro Cinema Parking Kent St

Since 2008, BonkerZ Featured Artist Comedy Clubs have unleashed on the world, some of the hottest Pros, Semi-Pros and Rising Stars, from around the world. In 2015, it was the only Comedy Club in Australia, selected for MasterCards International Priceless Campaign.