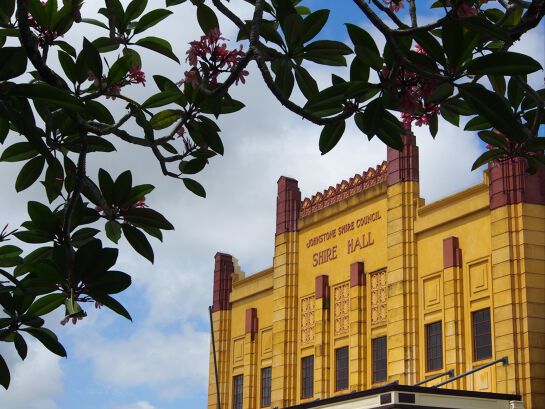 Join them on a free 30 minute tour of the Art Deco inspired Innisfail Shire Hall!
The Innisfail Shire Hall is the jewel in the crown, of the Art Deco Capital of Australia - Innisfail.
It was built to provide jobs as part of an employment relief scheme instigated by the Queensland Government during the great depression of the 1930's
It was in this climate that the Johnstone Shire Council erected the Shire Hall which has dominated the Innisfail Skyline for over 70 years. The Shire Hall was built by Peter and William Van Leeuwin who built many other buildings in the town which are still standing today.
When it was opened it was said to rival any Hall built in Sydney.
After extensive damage in Cyclone Larry the Hall was modernised but kept its Art Deco features to bring it to modern day standards.