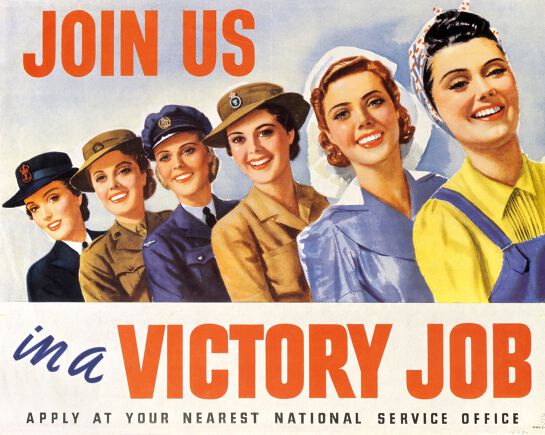 Women Work for Victory in WWII

During World War II thousands of women joined the workforce, many working in jobs previously reserved for men. This exhibition explores their story.
From the fields to the factories, the armed services to the home, women produced the food, clothing and munitions that supplied both the Allied troops in the Pacific region and the civilian population. Many of these jobs were difficult and dangerous, but thousands of women responded to the call.
Doctors and nurses were needed in the services. Other women joined voluntary paramilitary groups or swelled the ranks of established charities like the Red Cross and the Australian Comforts Fund. The National Council of Women established a Women’s National Volunteer Register and most workplaces had their own Patriotic Funds, raising money for the war effort.
'Women Work for Victory in World War II' was researched and curated by the Old Treasury. It was funded by the Victorian Government’s 75th Anniversary of the End of World War Two Grant Program.
Until the Old Treasury Building is able to open, this is presented as an online exhibition.